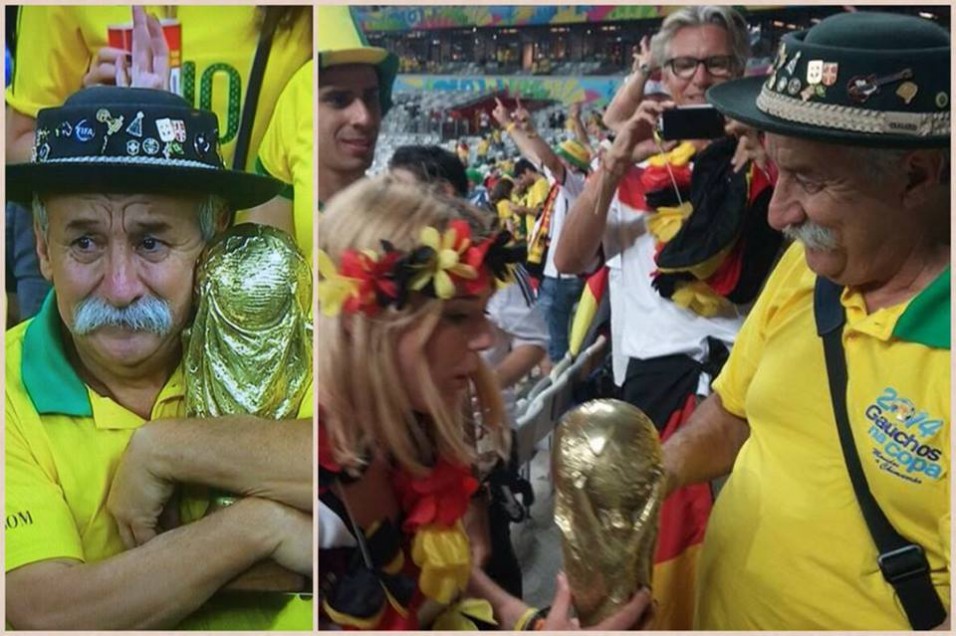 This sad Brazilian fan was shown crying. This picture went viral on social media. But no one published this beautiful picture of him handing the trophy to a German fan. He was quoted as saying “Take it to the final! As you can see, it is not easy, but you deserve it, congratulations”

Turns out this man is actually one of the biggest Brazillian soccer fans and has been to every Worldcup game they have played since 1990.  In addition to the seven World Cups, he has also attended six Copa Americas, four Confederations Cups an the Olympics for a total of 154 matches (he calls himself Brazil’s most capped player) in 66 countries.  His name is Clovis Acosta Fernandes, better known as the Guacho da Copa since he always wears the traditional cowboy garb of his native Rio Grande do Sul.

We await the outcome of Germany vs. Argentina game on Friday. Let’s see if Germany can do it!