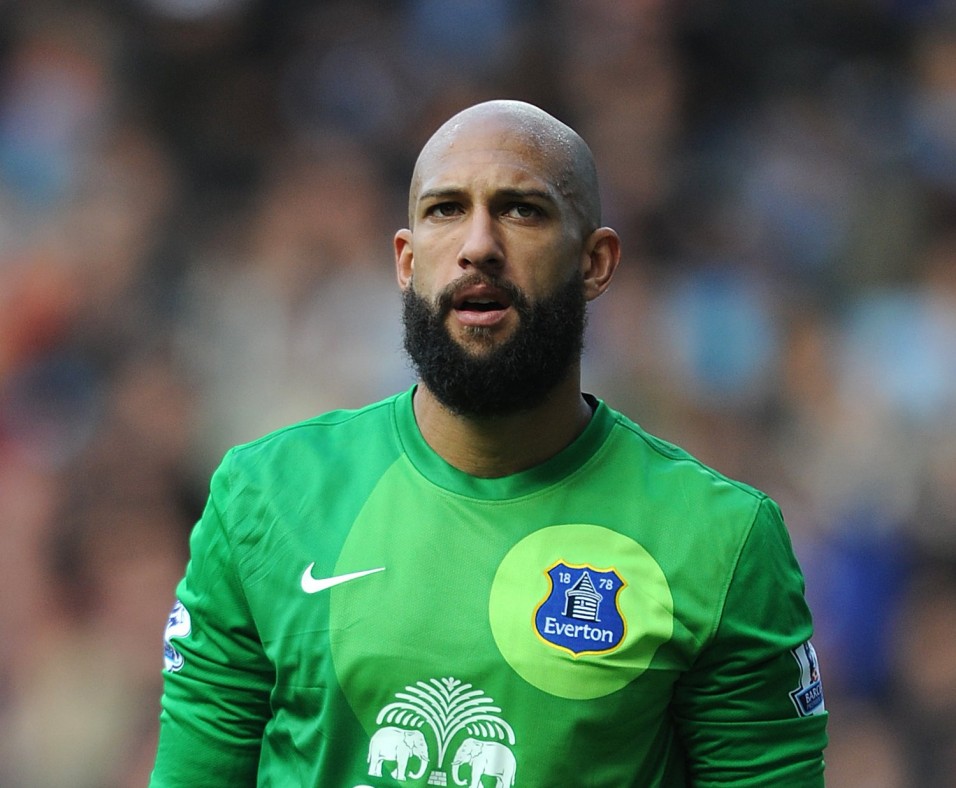 Tim Howard, the goalkeeper who gained celebrity after his World Cup play, needs time off before considering whether to continue with the program.

“The emotions are too raw at the moment,” he said Wednesday in a teleconference from Brazil. “I don’t think it is very black and white to be honest.”

But for any American soccer fan aching for some more of those gymnastic saves, know this.

“There is no doubt barring injury that I will be itching to keep going,” added Howard, 35.
Howard awoke Wednesday with America still buzzing about his once-in-a generation sporting performance in the United States’ 2-1 defeat to Belgium in the World Cup.

As soon as Howard’s acrobatic saves started accumulating like a gathering storm, he transported soccer neophytes across the country. Fans of his Everton English Premier League team might not have been as awestruck as those tuning in Tuesday for the first time.

But that’s only partially true. Howard’s 16 saves represented one of the finest goalkeeping performances in the past half century of World Cup play.

Howard, who recently signed a four-year contract extension with his Liverpool club, did not have an inkling of what was to come in Salvador, Brazil, ahead of the game.

“I always try to do the same things every day,” he said. “I eat the same way. I train the same way. I found success doing that. I don’t think you can ever prepare yourself for those kinds of performances.”

But something magical overcame him. Belgium, which plays Argentina on Saturday in the quarterfinals in Brasilia, has one of the world’s most stylish offenses.

It’s not as if Howard’s saves were against the Canary Islands. Belgium boasts six elite attacking players from the midfield to forward, including Howard’s Everton teammate Romelu Lukaku, who scored the game winner Tuesday.

“When you’re active and you’re in the match a lot, you go into a zone,” the keeper said. “Your body goes into autopilot.” He flew his country into the Twilight Zone on Tuesday. It took two lightning strikes in extra time for the Belgians to break the Howard fortress. Both goals came when Howard’s defensive line collapsed in front of him.

The hashtag #ThingsTimHowardCouldStop surfaced on Twitter. Howard’s face showed up on a posted image of Mount Rushmore, the New Jersey native having replaced some guy named Thomas Jefferson. Howard’s Wikipedia page briefly had a new entry listing him as Secretary of Defense.

Howard appreciated the humor and creativity.

“I’m trying to figure out a way to deal with it,” he said of the celebrity. “It’s nothing new to be in the public eye.”

But it’s new for any American soccer player to become the topic of a national conversation.

The keeper hopes the trend continues with the new generation of players who mesmerized Americans for the past two weeks by advancing out of the one the tournament’s most challenging groups.

“He comes in and puts a smile on my face,” Howard said. “He never looked back. He’s a threat to anyone. Deandre got his head down and dared anyone to come at him.”